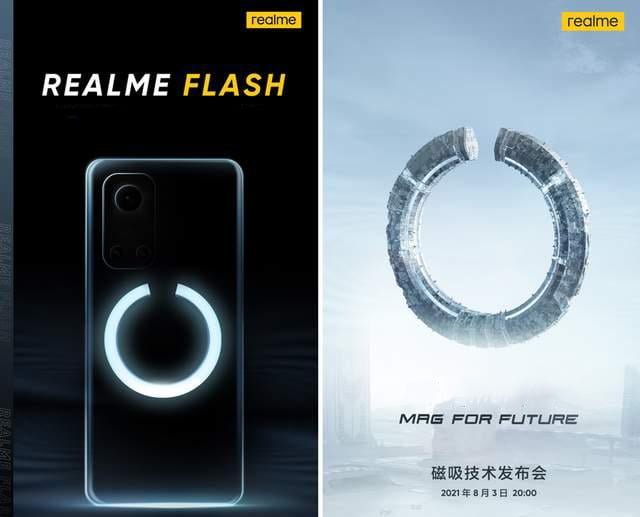 First of all, let’s start with the “magnetic wireless charging mobile phone” that realme will release this time. As early as a few days ago, there were digital bloggers and related news on the Internet that Realme was about to release a mobile phone with magnetic wireless charging technology. From the details of the previously exposed renderings, this phone uses a rear three-camera solution, is equipped with a Snapdragon 888 processor, and has a micro-curved perforated screen on the front. And the most noticeable place in the picture is the huge magnetic device.

At present, realme officially has confirmed that it will hold a magnetic technology conference at 8 o’clock tomorrow night (August 3). Realme will announce its magnetic wireless charging technology and related products at this conference. If realme new features that support this technology are released together, it will become Android’s first mobile phone that supports magnetic wireless charging technology. However, the current amount of known information is too small. It is not known whether “realme Flash” is a new mobile phone product name or a technical name. Wait for the answer to be announced at the realme magnetic technology conference tomorrow night!

Hi, I’m Sam Hu, the funder of gloryetec.com, I’ve been running a factory in China that makes Wireless Chargers equipment for 6 years now, and the purpose of this article is to share with you the knowledge related to Wireless Chargers from a Chinese supplier’s perspective.
Share on facebook
Share on twitter
Share on linkedin
PrevPreviousDoes mobile phone wireless charging have high radiation?
NextFar faster than the iPhone! realme releases the first magnetic charging Android phoneNext